It’s time to add to your holiday trivia knowledge with some international customs from around the world. While the USA has always claimed to be a “melting pot” of different ethnicities, US citizens are woefully ignorant of many traditions from the very people that are welcomed into the country (by the American people, at least). So let’s just brush up on some fascinating and fun holiday facts from around the world…

Finland starts its Christmas season early with the first Sunday of Advent, maybe so it will seem that the damp cold of winter passes more quickly if preparations start early. Betcha didn’t know that the tree goes up in the house on Christmas Eve and is decorated with international flags as a reminder of friendship between peoples around the world. (Readers Digest)

Red and green are known as “traditional” Christmastime colors. Here are the three of the most important reasons: 1- Centuries ago ancient Celtics valued holly plants because they stayed green all year, and the berries gave color to a grey winter; 2- red and green–painted panels were used in churches around the 14th century to separate the priest from the congregation, but the congregation saw this as marking the start of the new year with the birth of the Christ child; and 3- artist Haddon Sundblum drew (and colored) the very first Santa Claus that went viral. He had been hired by a company for its holiday advertisements. Betcha didn’t know that company was Coca-Cola. (Readers Digest) 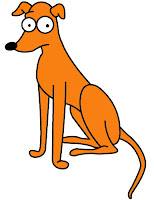 In Germany, St. Nikolaus has a helper who walks door to door to greet the children to see who was nice and who was naughty. In the South and in Austria, he is known as Krampus, a monster with horns who beats the bad children with branches. Lots of people know about Krampus, but he is known as Knecht Ruprecht in the northern part of Germany. Betcha didn’t know that Knecht Ruprecht translates in English as “Santa’s Little Helper”, the name of the Simpson’s dog (popular American TV show). (LEO language App) 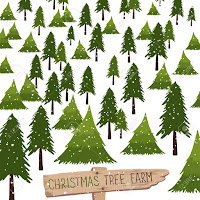 Christmas tree farmers plant one tree for every tree cut in the Spring. Trees have to be fertilized in order to grow a nice dark green. They also are shaped by having their branches sheared for new and thicker growth. When trees are ready to harvest, they are cut in the Fall and put into cold storage until ready to sell in December. When is a Christmas tree ready to cut and take home? Betcha didn’t know that it takes at least eight years to grow a full-sized tree from a seedling. And I thought my tomatoes took a long time to ripen! (Cricket Media)

Lots of countries have holiday festivals on or near Christmas Day, but in a province in Peru, a different kind of festival is celebrated. Betcha didn’t know that during this special festival, besides lots of dancing, there are lots of fist fights! The jury is still out as to whether the fighting is to settle old scores or just a general show of manhood. (Readers Digest) 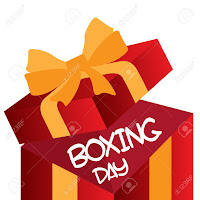 Now for a true example of total opposites. On the day after Christmas, hundreds of thousands of Americans rush to stores to snap up leftover holiday decorations, gift baskets, paper and other items that are priced at least 50% off and can’t go back to the manufacturer. I am guilty of this activity, so that I don’t have to pay full price for the next Christmas. Now in England, the day after Christmas is called Boxing Day (no, it’s not another festival like in Peru) where people traditionally “open their boxes” or purses for the less fortunate. Of course, no one can pass up the great sales offered this day as well.

Don’t get me wrong. Many people, in the US and around the world, try to make every day Boxing Day. But wouldn’t it be lovely if everyone in every country on every continent “opened their boxes” and gave a little of their treasure to those who have little to none? And on that note, I’ll end my story.

This was a very interesting read! Thank you for all the info! There were a lot of things I didn't know about!