Can you imagine Christmas without the songs and carols? I always put on my favorites while I wrap presents, and during Christmas dinner, we turn the volume down for some background music. 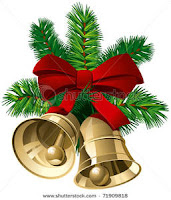 While “Jingle Bells” is the most popular holiday favorite, the song was originally written for Thanksgiving Day by James Pierpont in 1857. It’s original title was “The One-Horse Open Sleigh.”
(Free clipart found at https://clipartfest.com/)

This merry little song was written by Frank Gillespie and sung for the first time on radio in 1934 by Eddie Cantor. Gillespie wrote the words while reminiscing over childhood memories and his mother’s warning that “Santa was watching so be good.” Cantor knew a hit when he heard it and created recordings and sheet music before he introduced it. “Santa Claus Is Coming to Town” was an instant hit within 24 hours! (Free clipart  http://www.drodd.com/html4/Christmas-clip-art.html) 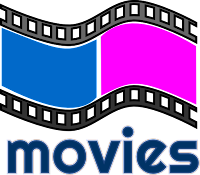 became movies. "We Need A Little Christmas" was introduced in the hit MAME. A musical version of MIRACLE ON 34TH STREET, called Here’s Love gave the world "It's Beginning to Look A Lot Like Christmas".  In the 1930s,  Irving Berlin knew that Americans loved their holidays. He developed a Broadway musical about these holidays, writing a song for each one. His favorite was  “I’m Dreaming of a White Xmas”, feeling that those in Hollywood who spent Christmas around swimming pools and warm weather really missed snow and other holiday traditions in their hearts. It is the highest selling Christmas single of all time. The musical was also made into a movie and was called HOLIDAY INN. “Have Yourself a Merry Little Christmas” was first sung by Judy Garland in the 1944 movie musical MEET ME IN ST. LOUIS. Set in the year 1904, the song’s lyrics reflected what many Americans were feeling at that time.  (http://www.clipartpanda.com/categories/movie-clipart)

The Christmas carol "Good King Wenceslaus" dates back to 1853. It is a story of a man who traveled during a storm on St Stephen’s Day to give help to neighbors in need. The "king" in the song was a real person, a Duke whose charitable acts made him a favorite with his subjects. His kindness earned him sainthood after being murdered by his brother. 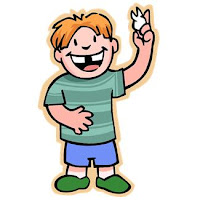 In 1944, Donald Gardner and his wife were helping second-graders in New York compose a Christmas song. One version of how “All I Want for Christmas Is My Two Front Teeth” came about is that the Gardners thought the children’s talking with missing teeth was too cute. Gardner, who received lifelong royalties for the song, died in 2004.
(http://www.clipartkid.com/clip-art-missing-cliparts/)

The Christmas song, "I Saw Momma Kissing Santa Claus" was made famous by Jimmy Boyd when he was just 12 years old.

Okay, so which song is now running endlessly through your head after reading this post? LOL More importantly, which Christmas song is your favorite? Mine is The First Noel, but I can really groove to Eartha Kitt’s Santa Baby!! And now her song is stuck in my head!! Oh, well, I really do like Christmas songs...

Email ThisBlogThis!Share to TwitterShare to FacebookShare to Pinterest
Labels: Carols & Songs, Challenge #25, In With the New, Out with the Old

What a fun and interesting post! My favorite Christmas hymn is "O Come, All Ye Faithful", while for a fun little tune, I like a song by Rosemary Clooney, called "Suzy Snowflake." :)

Well now isn't that interesting! Thanks for sharing the history behind these Christmas carols Pat. My personal classical favourite is 'The Little Drummer Boy' and a more recent one that I love is 'Mary Did You Know'--such a beautiful song.