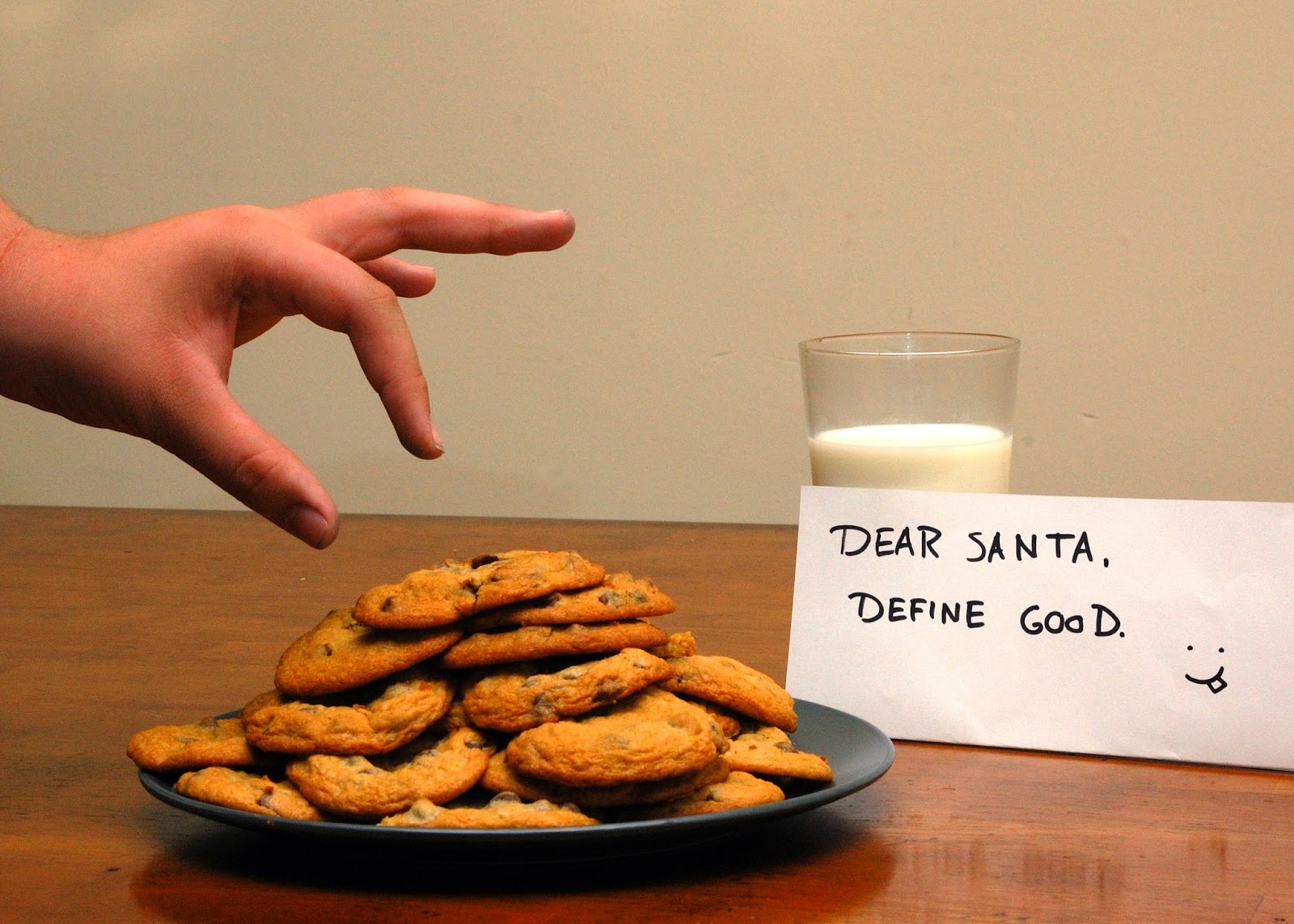 Have you ever wondered why we leave milk and cookies for Santa? Sure it is a tradition we do every year, but how did it start? With Christmas just around the corner, I thought I would see if I could shed some light on this yummy tradition.

Unfortunately, I could not find any specific reason or event that started this tradition, but I did find many theories, so I will share those with you.

During the traditional feast of Saint Nicholas, which was on December 6th, children would leave food and drink for the Saint and his attendants. These would be exchanged for gifts. I am not sure if the food and drink were milk and cookies, but I can certainly see how that could be tied to the tradition.  Another theory is that Santa would often snack on decorations that the German people left on their Christmas Tree, which was called the Paradise Tree. They would decorate this tree with apples, wafers, and cookies. So perhaps through the years, instead of leaving snacks on the tree for Santa, we now leave them on a plate.  The Dutch Children also had another tradition that may be linked  to our tasty treats.  They would leave hay and treats for Odin's eight legged horse Sleipner hoping that the God would stop by during his Yule hunting adventures.  It is also said that during the Great Depression, parents wanted to inspire children to share with others, including Santa; so, they would leave snacks out for Santa and his reindeer.

Now as we get into the 1930s, some say that the Naughty kids would leave the milk and cookies as a way of bribing Santa at the last minute, while the Nice kids left these treats as a way to thank Santa for his hard work on Christmas Eve.

So while I could not narrow down exactly how this tradition started, I am sure you can see there could be a variety of events that lead us to what we do now on Christmas Eve. During my research, I did also find some facts. So I will share those with you as well:

So however this tradition started, whether you need to get on Santa's good side, or you just want to exchange some tasty treats for some gifts, don't forget to leave some cookies and milk out for Santa this Christmas Eve!

Fun tradition and we always did it as kids. We left out Mom's homemade chocolate chip cookies and the cookies would be gone or a bite missing and some crumbs left behind. The milk glass would be half empty. I don't have kids so this is a memory from my childhood. Thanks for reminding me! Merry Christmas!

Merry Christmas!
we always leave milk and cookies for Santa.