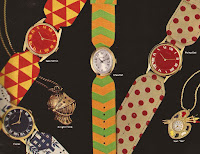 When I was in middle school, all the girls were wearing "mod watches." They were neon colored with over-sized clock faces and wide bands, and I would do anything to have one. That Christmas, my sister and cousins started opening their presents from my aunt and I was excited to see mod watches in all their hands. I tore off the wrapping and opened my box to discover my very own...silver ID bracelet??! A very dainty bracelet with my name engraved on it. I put a brave smile on my face but inside I was devastated.
Every decade, sometimes every year, there is always that one hot toy or item that one of your kids is bound to want when the holidays roll around. For mine, I can remember a mad scramble for Teddy Ruxpin for my son, while I scored a Tickle Me Elmo before Thanksgiving for my daughter.
Here are just a few of the items at the top of most kids' lists to Santa Claus over the years: 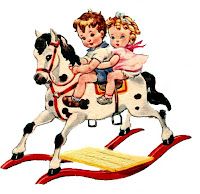 Way back at the turn of the century (the 20th), kids wished most for  a rocking horse (when I became a mom, there was no way I was going to trust my child's life on one of those). By the time my sister was old enough to have one, it was stationary but rocked on springs.

Can you believe that in the 1920's, Radio Flyer wagons made their debut? Practically every kid wanted one for Christmas (I wouldn't know, I wasn't born yet). Radio Flyer is still selling wagons today, and is a favorite for parents taking their kids to outings to the park, zoo and other all-day venues. Also popular was the Yo-yo. 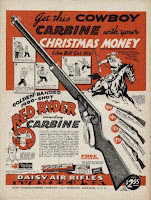 Have you ever seen the movie Christmas Story? Young Ralphie tries to convince his parents to get him a Red Ryder BB Gun. But in the 1930's, it was the thing for every young boy to wish for Christmas. Also popular were Sock monkeys and those little green Army men. 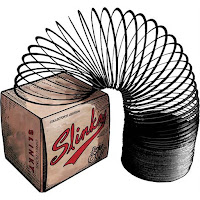 I remember playing with a Slinkie when I was growing up, but I wasn't a child of the 1940's when it was at the top of every child's wish list. Back then it was made of metal, but it never worked as well as the TV commercials showed it, making it all the way down the stairs. Also popular on Santa's list were Lego's and the Magic 8 Ball (it really told your fortune). 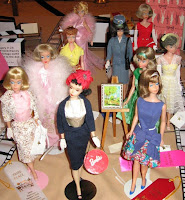 Although I didn't get my first Barbie until the 1960's, Barbie and her friends were introduced to the world in the 1950's. Back then Ken had plastic hair and Barbie had a waist. Also popular were Fischer Price Little People and Mr. Potato Head (but all you got were the face pieces - you had to provide your own potato). 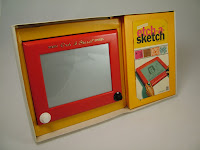 The next time someone asks for a text pad, show them what it looked like back in the 1960's. This Etch-a-Sketch was one of the most popular toy in stores back then. As a side note, GI Joe made its debut so that boys could play with action figures and Barbie could choose from a larger dating pool than just Ken & Alan. Also popular was the Easy Bake Oven.

While I desired that Mod Watch in the 1970's, others were fascinated by the Rubik's Cube. That is, until some genius figured out the cube could be solved mathematically, which took all the fun out of it. The Nerf Ball and Star Wars action figures were popular back then as well.

The 1980's introduced the Cabbage Patch Dolls. A parent was mighty lucky to snag an original from England, while most were able to make their children's wishes come true with those made in the U.S. Also popular were Teddy Ruxpin and Transformers.

Those familiar with Sesame Street recognize this popular Christmas toy of the 1990's - Tickle Me Elmo. With his infectious giggle, riddles and wiggle, he delighted children all year 'round. Also popular were Beanie Babies, Barney, Power Rangers and Tamagochi. 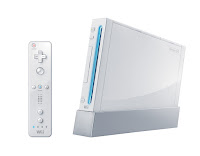 With the new century came higher Christmas budgets. Gaming systems replaced games, and XBox 360 competed with PlayStation 3, while the Wii offered everything from Yoga to race car driving, Disney adventures to TV game shows. Of course, dolls will never go out of style as Bratz Girlz were introduced in the 2000's as well.

Which pretty much takes us to modern day. While there is plenty of time for Christmas shopping, I am out of the loop when it comes to shopping for the kiddies and knowing what's hot and what's not. I have a 2 year old grandson who can't sit still. Any ideas out there?

By the way, my Mod watch story: the reason I didn't get a watch like all the other girls was because my godmother wanted to get something "special" for me, so she gave me the ID bracelet. Of course I was a young teenager and did NOT appreciate her gift until much later. Not one of those girls has their watches any longer, while I still have that bracelet.

Did you have a special one true wish that Santa would bring you? Did it come true? I'd love to hear about it.
Posted by Pat at 6:00:00 pm

Loved reading this!! Great post ~ sentimental and interesting at the same time! As for me, I always wanted the big Barbie Accessories: car, dream house, etc. Also loved the Lite Brite and Spirograph.

Are you a lucky winner or part of the top three in Challenge #83? Click HERE to find out. If you missed the results of Challenge #82, click HERE. For all other previous challenges click HERE.